Why did you start programming

While discussing with a mom whose boy wants a computer for Christmas, the said "I suppose he wants to play games, what for otherwise?". To this I obviously replied "Programming!". The usual question popped up:

Why did you start (learning) programming?

I posed longer than usual this time along. This is not as trivial as it sounds.

Non programmers truly don't understand why someone would spend hours deep into this arcane thing. They would expect to spend time away from that damn machine or at least play games on it ; this could be considered fun at least, right?

Well, it's fairly complex but there is almost always a combination of the following:

I asked the question (why did you start programming) to the twitter-sphere. Here is the compilation in 140 characters or less.

Raw data and other stories

for me it was ~10, staring at this C:> and knowing that I could control that beast to do what I wanted. - Emmanuel Bernard

Don't take it that I am a person that enjoys control over things. It was more having the power to do what I could imagine.

to have fun with my computer and display a rotating cube :) when I was 14 - Gerben Castel

Apologies Fabrice but this on ought to be the weirdest ;)

I wanted to do like my older brother who could tell his programmable calculator what to do, and it would obey his orders! - Guillaume Laforge

Now Guillaume definitely is after power ;)

I was 8, I had a Commodore 64, and I wanted to know how I could tell it what to do. - Laurent Pireyn

for me it was seeing games on a C64 and thinking: I wanna make something like that! - Marvin

got an old Mo5 from my cousins around 8 and had to learn how to use it to play games recorded on tapes... - benzonico

I got fascinated by those strange sentences on my VIC20 manual that could make my VIC20 display beautiful things on TV :) - Fabio Mancinelli

In ~1980, Video games and computers were everywhere in Tokyo. First step was to play with, then to understand them. - Sébastien Douche

At 10, I was into drawing, he was into game programming. He's an architect (building), I'm a programmer. #BrotherAndSister - Corinne

My father brought a ZX81 in my lost village. - Didier Girard

Nothing else to do I guess.

As a kid I was not allowed to have a gaming console, only a C64. Had to build games myself. - Olivier Hubaut

I did that one too. I was annoyed by the . and .. in each directory so I deleted them! I deleted autoexec.bat and config.sys and ended up reinstalling the OS. Fiddling with things is core to programmer psyche.

The need to automate things. Write once, Run many times ! - Laurent

A lazy guy right there! Another trait of programmers.

Because computer didn't blame me when I failed vs sport/friends being a shy child. + Proud by "I did it myself" - Nicolas De loof

Despite what others think, a computer is a very predictable environment and is very reassuring for all these mildly autistic programmer minds.

I was ~11 and L'Ordinateur Individuel had a paper computer in it, with working memory registers and operators :) - David Dossot

as a child, it was amazing. "Look what I can do!". Getting your hands dirty. - Cédric Champeau

Craftsman spirit (power of creation). It starts with #Lego and continues with programming ;) - Daniel PETISME

code my own video game on my Alice computer. And feel powerful.... - Da Follower

read an article / subliminal images. Wrote a zx spectrum program to influence myself to work more in school:-)
it was in basic. Never got enough fps to make the message subliminal, so it failed... or not:-) - chanezon

I guess that's another one in the lazy category. Pretty clever though :)

wanted to program my own adventure game on the ZX Spectrum, like The Hobbit - never got around to it though :-) - Thomas Conté

because you create things out of thin air. - Jean-Laurent Morlhon

Hum, I'm sure that's not what you thought when you started as a kid.

C++ when i was 14 to create modules for D&D neverwinter nights :) - Vivian Pennel

A man with a goal.

around ten, cpc464 as Christmas gift. I had to understand how games launched with load and run commands - Mat

A dad with foresight. Though tough on his kid.

Now imagine Mom and Dad's face when they tried to launch Word the next day :)

Movies are bad for you kids, you have been warned! Lucky you did not for nuclear strike hacking.

at 6 wanted to help Man to land again on the moon, I thought the computer were the tool that build rockets like movies - Guillaume Wallet

Let me tell you, these moon guys knew their logarithmic tables by heart.

What's your story? Why did you start programming? 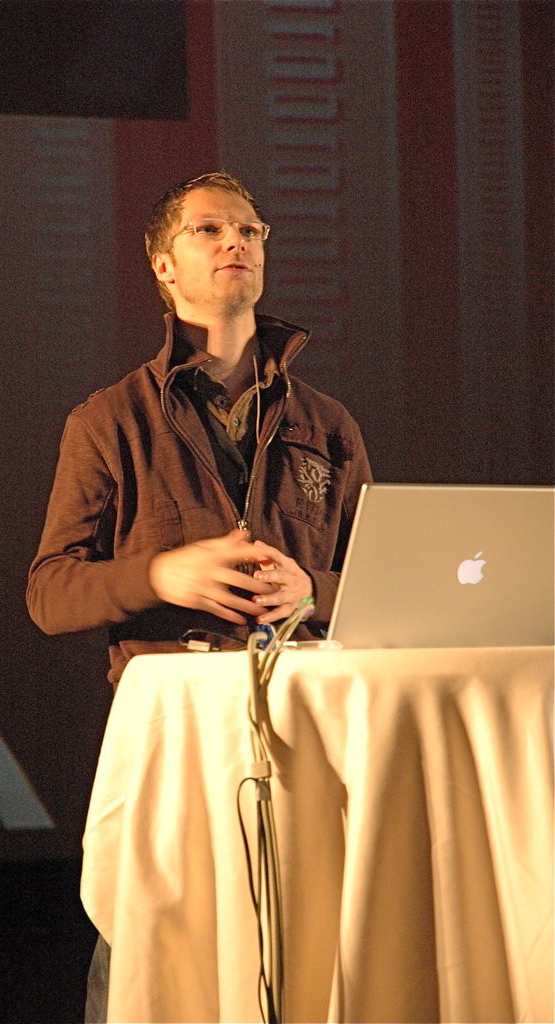